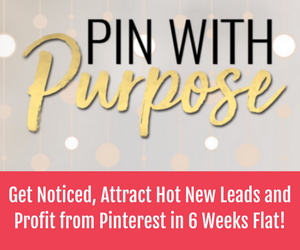 The following is a collection of the most beautiful black woman wall art collection. African Black Women Art, and Afrocentric woman art. Shop and own any of these creative and unique Afrocentric artworks.

The following black goddess inspired art pieces were created and inspired by the black girl magic movement. We are contemporary kings and queens. Although, this is the beginning of a multi-cultural art series that will be extended with a European descent sub-series as well.

You have the Egyptian goddess Isis, Greek Goddess Venus and Aphrodite. Not far in the eastern hemisphere as well there are the goddesses like Ishtar and Astarte.

Oshun is an African goddess who the Yoruba people believe in. The Yoruba people live in regions of Nigeria, Benin, and Togo She is the goddess of love and sweet waters according to Ancient Origins.

Oshun is also a goddess who protects the poor, she is a healer to the sick and bringer of music, fertility and prosperity. Teaching is another characteristic of this goddess; she is known for teaching the art of divination, chants and meditations.

Goddesses none the less have been worshipped by many from all sorts of cultures throughout history. In creating these drawings and illustrations, my aspiration is to honor women for the great creation that they are.

Continue reading to see the variety of styles and direction behind the art you'll see on this page.

Artworks are available at the print store if interested in any of the pieces on the page.

Growing up as a Haitian kid born in Haiti, I knew nothing about the gods and goddesses of the past. Of course, I was young and had a lot I needed to discover growing up.

In Haiti, needless to say, the majority of people are black and of African descent. The heritage and long history behind the African Diaspora I will spare you.

But after moving to the United States prior to my teenage years I started to learn more about my faith and God. I’ve learned much about the Bible and how the spirit world operates.

There is still much to learn that I do not know, but one thing that I’ve known for the past 5-10 years is that we are more than the physical.

The Birth of the Black Woman Wall Art Series

We are spiritual beings as well. This is one of the reasons I begin this Royalty Art series in 2016. The art series is very different than my traditional line art pieces and drawings.

I begin to illustrate black celebrities as black gods and black goddesses through the artworks. The term "idol" is something that comes to mind when I first begin the project.

Many public figures and famed celebrities are truly worshiped. Some are viewed as pure idols and have fans who are obsessed with them, their talents and or a body of work they have done.

When I first created this illustration I had no idea how the reaction to it would be, but it’s been well received.

Although I have developed many other illustrations for the art series I would think others would like more, this is still a favorite art piece liked by many.

Following the Zoe Kravitz illustration, I created several more, which would lead me to my last piece from the series for 2016 of Winnie Harlow.

Winnie Harlow is a model conditioned with vitiligo, where the skin's pigmentation amounts are not the same all throughout her body.

I believe this makes Winnie Harlow among one of the most beautiful human beings to walk this earth. The diversity, uniqueness of her being is a true representation of beauty and living art.

I recall I used to always say to myself God is the greatest artists because of the universe’s creation, stars, planets, galaxies, and all us tiny human beings on the planet earth.

My faith recently has been a major influence in the direction of the art I create. Whether the art I draw or paint are subjective or not, all of it is inspired by my experiences, beliefs, and things I admire. Poetry is something I used to do often, that I’ve slowed down on significantly to just produce art and focus on the blog.

Art Prints Available By Inquiry Only

In both of these illustrations, I decided to make the focus of these two ladies different that the other pieces in the art series. The FKA Twigs a golden goddess with many arms, which was representational of her skills and diversity in ability.

The willow smith art piece represented the bronze black goddess in the series. The artwork is also very symbolic to her birth year as well as the wealth of knowledge and wisdom she has at an early stage of her life.

The uniqueness of FKA Twigs makes her a much more worthy to be illustrated in gold.  Other than FKA Twigs, I've also illustrated Rihanna,Winnie Harlow, and Willow Smith in gold.

The Black Woman and The Universal Goddess

Fashion illustration is also a development in the body of artworks that I’ve been creating lately because of my love for fashion.

I begin this series of fashion goddess and fashion god’s illustrations. Each piece from the series is done through digital painting but starts out on paper. The drawings to the paintings as far as styling are all original and designs I come up with based on my sense of direction.

Color combination, fabric material texture, and the mannequin of the god or goddess are done in gold. Creating the designs for each of the figures is a creative expression.

If I am like God and a god then what I create through the use of my thinking and imagination can become a possibility.

Some people would say that's a crazy way of thinking. In the words of Kanye West "Name one genius that ain't crazy." Now, choosing what you want to believe in is a choice and I always choose to leave it at that.

Truly, I believe the color of our skin should not make a difference on how we view each other. However, the vague reality is that there will always be some people who do see you first as a black person or white person or whatever shade and color your skin is.

From the Indian Caste system to the Asian empires thousands of years ago, people were classified and viewed a certain way because of what color their skin was.

In the 21st century, its still pretty much the same, but there are laws that allow liberty for people of color to do more than they were ever able to do.

This is the truth and sad. One of my brothers once mentioned to me as long as there is a separation financially between groups of people, these issues will never die. (this was a reference to the division between the rich and the poor)

I could not argue with his statement after hearing it and thinking about it.

Now, these artworks were not created to only value one race or group of individuals, but to raise awareness in the future about these issues and art discussions.

Although the fashion goddess and fashion god’s illustrations may be primarily focused on fashion, there are other representational meanings behind the composition and elements of each artwork.

Here is a poem I wrote about the idea of the black goddess. Read the poem and leave any thoughts you may have below the post.

Black goddess
The world will tarnish
What we perceive as wealth is only vanity and garbage
The wealth is you, beyond the flesh you see
This is reason I admire you more than the endless sea

Black goddess
The ocean moves never past the sea shore
It’s limited and has been for thousands of years
You aren’t appreciated, but don’t shed any tears
For you have a god for you standing right here

Without women what would the world become? Women are incredible creations. A wide amount of the drawings and illustrations I created honor the beauty of women. The artworks represent the strength as well as power women have.

The "Afro Beauty" is also part of an Afrocentric clothing collection available on the site.

Creating the series of black women artworks I have had great feedback regarding the artwork. Many love the creative direction behind the artworks.

These two artworks are among my favorites because of the composition of the circle.

A lot of symbolism was incorporated into this line art illustration among the many drawings I've done over the years.​

Thank you for reading the "Black Goddess Poem"; it was written to magnify and empower. So if you do share the poem or pin it please be sure to credit the site and original source, which is this page.

Every day I create a sketch or a drawing to express an idea that I have in mind. I try not to let any ideas sit for too long and do my best to act on them by either creating for drawings or at least small sketches.

I’ve been drawing since I was four years old and 20+ years later I am still doing a lot of drawing. The influences for the artwork that I create are Jean Michel Basquiat, Pablo Picasso, Hokusai Katsushika and Jackson Pollock.

A SHARE goes a long way. So, THANK YOU in advance.

I often post steps and sequence shots on the social networks that I use to share my art with the world. You can follow me any or all of the following social media sites if you have an account for them.

If you would like to commission an artwork in any of these styles, please reach out via the contact page and email me regarding your inquiry.

Custom Artwork Starting at $457 varies based on style and the time it would take to create the illustration.